Skiing my first really big line today inspired a blog post.  When I started backcountry skiing this season, I wasn't really looking to do anything big.  However, my confidence has grown to the point that Kendall was able to convince me to join him and his buddy Ben on a trip to the Timpanogos ridgeline without too much trouble.

We started early from Aspen Grove with the intention of heading up Primrose Cirque, up the year-round snowfield then on to the South Summit of Timp.  We would check out conditions and determine if we could safely ski the west side from either the South Summit or the saddle. 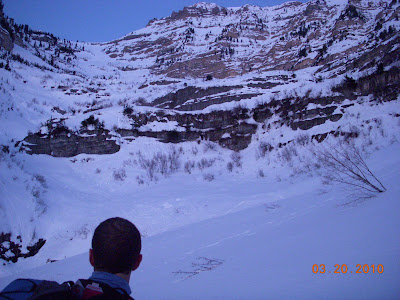 Ben looking up the Primrose Cirque before dawn. 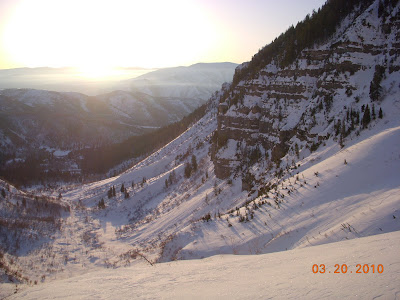 Sunrise over the Unitas. 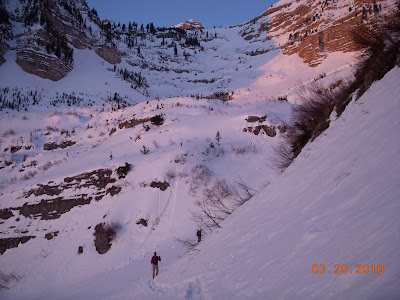 The Cirque at first light.
We were able to skin most of Primrose but had to boot the last few hundred feet of vert. 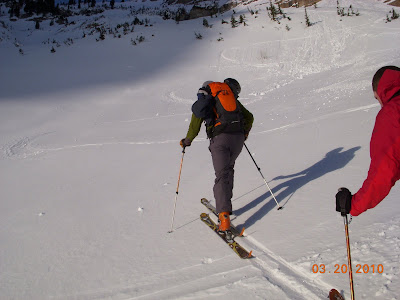 Kendall and Ben on the Skins. 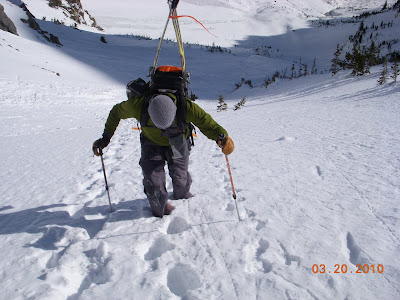 Kendall booting the last bit.
The day was spectacular and the views breathtaking throughout. 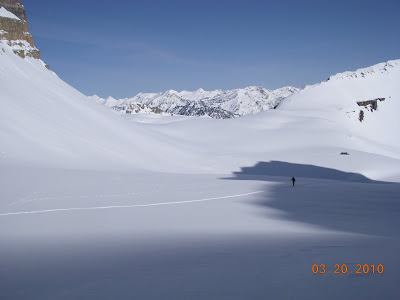 LCC peaks in the distance. 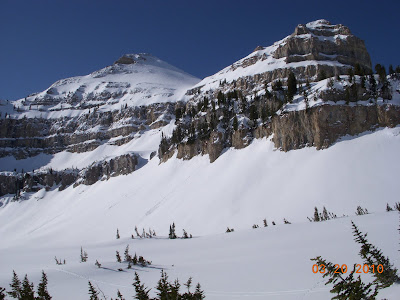 The South Summit was the objective for the day.
Once on the Timp ridge line we headed up toward the Sought Summit.  I was starting to get a little vertigo and cold while checking out the rock hard snow up top and the visually intimidating line we'd have to ski.  Kendall was coming up to me from behind and saw from the look on my face I was starting to freak out a little.  Fortunately, he quickly suggested that skiing from the top was too sketchy and we headed back to the saddle from a few hundred feet short of the summit.  Kendall and Ben made it easy to streer away from anything I was not ready to tackle. 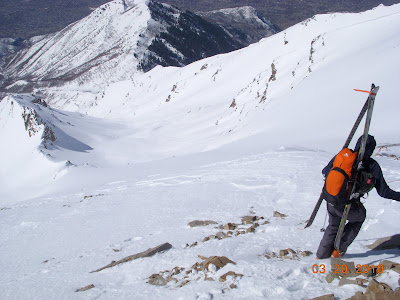 Here's Kendall checking out the line we skied.
Once we were back to the saddle and I had my skis on, I became much more relaxed and got excited about heading down.  We did a controlled ski off the face on firm but pretty grippy snow.  I was able to relax enough to enjoy the trip down. 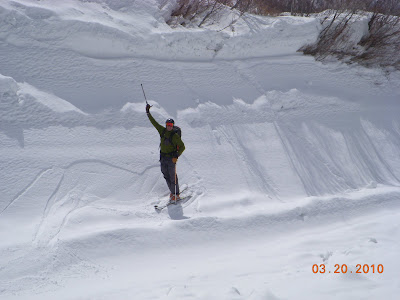 Check out the 10 to 20 foot high marking from a recent avalanche flow down the gully.
Once off the main run, we exited out the gully to the Dry Canyon trailhead.  Sometime in the last week, a large slide ripped down the gully leaving marks way up each side.  Eventually, we came to the large and deep depris field.  It would have been impressive to watch and fatal to ride.  We made it down the gully a long way and only had to hike 15 minutes on the snowless trail. 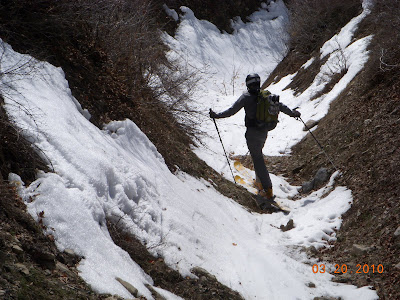 A little bit of dirt skiing was required at times. 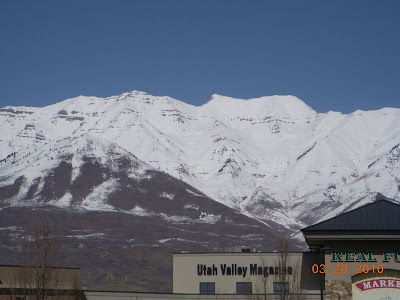 So here's our line.  It's dead center of this photo. 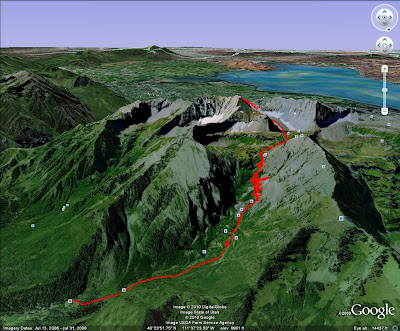 Here's the GPS file from the up. 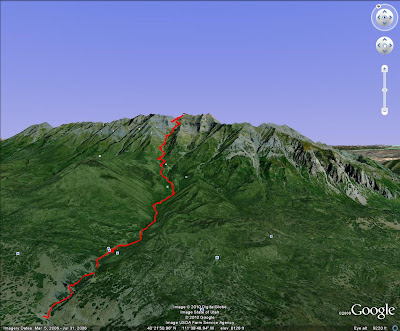 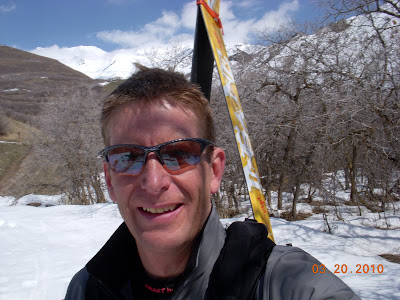 The happy camper near the end of the journey.
I'm really happy I made the trip and that conditions allowed skiing the west face.  I had to deal with some fears, but made it out willing to attempt more adventures in the future.  A good friend like Kendall makes the experience that much better.
PS, Kendall will have more pictures on his site soon (see link above).
Posted by Daren at 10:28 PM 3 comments: